The New York Racing Association recognizes the immense efforts and dedication of its workforce. Highlighted below are just a few examples of people who have gone above and beyond in their duties with our organization.

Would you like to join the team? Check out the latest openings Here. 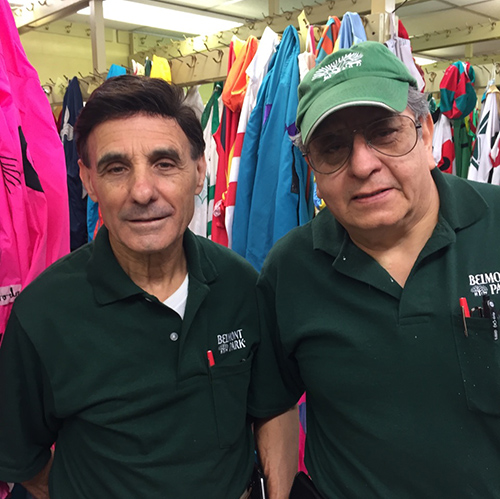 Walter Arce (right)and Francisco Paco Lopez (left), who run the Jockey Silks Rooms at Belmont Park, Aqueduct Racetrack and Saratoga Race Course, dont need a laptop or even a printout to do their work.

Their intimate knowledge of the more than 3,500 jockey silks—and making sure that the right colors get to the right jockey for the right race—is in their heads.

Sometimes called the Keepers of the Silks or Colors Men, Arce and Lopez derive their particular skills from many years on the track and their dedication to hard work and pride in doing things right in a position with little margin for error. Together, theyre a vital part of thoroughbred racings rich culture.

Arce spent many years as an exercise rider and joined NYRA in 1997.I already knew my way around the track but quickly realized there was a lot to learn in this position, he says. So I worked hard and learned the system in a job where you just cant make mistakes.

The system was put in place by the late Louis Olah, who served as NYRAs silks man for more than 40 years before he died in 2008. Arce served as Olahs assistant for 14 years and has been NYRAs head colors man for the past eight seasons, the time Lopez has spent in the assistant slot. Both are Argentina natives who grew up on the track—Arce as an exercise rider for trainer Angel Penna, Sr. and Lopez as a jockey.

At NYRA, the silks are organized by color, except for trainers, such as Todd Pletcher and Gary Contessa who run a lot of horses here and have their own sections toward the front. That allows Arce and Lopez to grab the silks quickly each morning for placement on a rack where the valets pick them up for that days races. The information on what silks are for what races—all those owner colors—lives in their heads.

Another task is cleaning the silks. All are washed in cold water, so the colors retain their vibrancy and dont bleed. Its part of doing things the right way, the NYRA way, says Lopez.  We could wash the silks in hot water like other tracks do, but the colors would fade. This is the best racing in the world and the best jockeys, and were a part of that tradition.

Arce agrees. NYRA is a special fraternity, he says. Its a place where the jockeys, the valets and the racing team are dedicated to producing the best spectacle in sports. 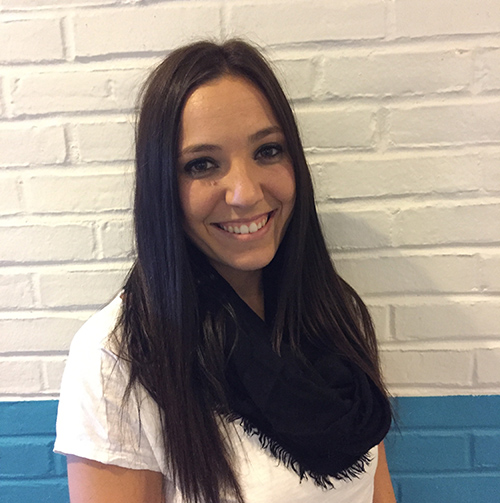 “Once you get the horse bug, that’s it,” says Sabrina DiBenedetto, a member of the Legal team based at Aqueduct.

For DiBenedetto, the “bug” started early—at age 5—and she has loved horses ever since. Twice a week she leaves the office at Aqueduct and heads to nearby Jamaica Bay Riding Academy to give riding lessons.

Growing up in New Jersey, DiBenedetto competed in equestrian hunter and jumper events. At Campbell University in North Carolina, she founded the equestrian club team that competed against Duke University, the University of North Carolina at Chapel Hill and St. Andrews University. Heading back to the Northeast after school and looking for work, the Criminal Justice major found work at NYRA as a legal secretary and knew that this was where she wanted to be.

“Ending up at NYRA was a dream,” says DiBenedetto. “It’s a job that merges my passion for all things horses with the law.”

The job is five days a week. The passion for horses is, well, 24/7. At Jamaica Bay Riding Academy, DiBenedetto teaches riding on Tuesday and Thursday evenings—and on weekends as well. At least once a week before work, she arrives at the track to watch the morning workouts.

Though her background is with equestrian competition, DiBenedetto says she is just as comfortable with race horses; some of whom, as retirees from the NYRA circuit, have ended up at the riding academy. Among her goals is to breeze a racehorse or two.

“That’s on my bucket list,” DiBenedetto says. “Meantime, there’s nowhere else I’d rather be than Aqueduct.” 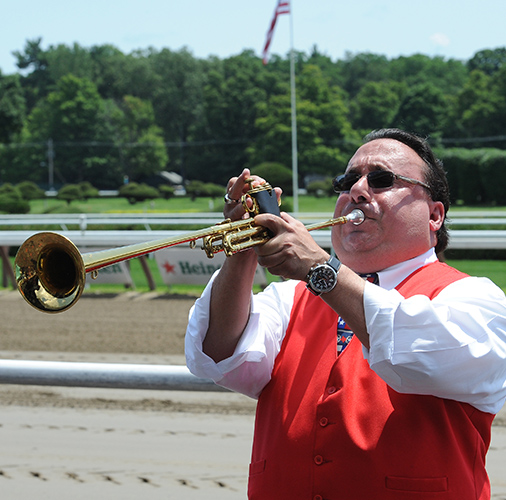 Sam Grossman is more than simply Sam the Bugler, who announces each race at Saratoga Race Course by playing The Call to the Post. As the New York Racing Association’s Official Bugler, he is a link to a long-time track tradition and one of New York thoroughbred racing’s best-known Saratoga ambassadors.

Grossman is from an accomplished musical family: His mother, Jean Shirley, played trumpet with Ina Ray Hutton’s big band; his sister, Spring Berv is a Juilliard graduate and plays the violin; and his identical twin brother, Irv, is also a trumpeter.

“We don’t live in cubicles,” says Grossman of his talented family. “We make the world a little more interesting.” 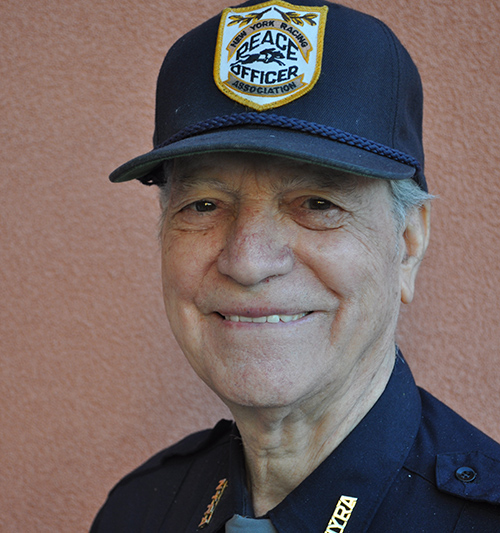 Hear a familiar show tune emanating from the Clubhouse at Aqueduct or Belmont Park?

Chances are it’s another impromptu show tune performed by NYRA Peace Officer Rudy Baffa, whose nearly 50 years at NYRA has included entertaining guests with time-tested favorites he breaks into at a moment’s notice.

In the 1940s and ’50s, Baffa was “Mr. Val,” a well-known New York nightclub singer and dance instructor. Those talents are evident when Baffa breaks into a Cole Porter number on the fly.

“Belting out a few lines of an old tune and making somebody smile is a part of who I am,” says the Brooklyn native. “And I hope it makes a trip to the track a little more special for people.”

Gambling Problems? The New York Racing Association encourages responsible wagering. If gambling is a problem for you or someone you care about, help is available 24 hours a day. Scan here to talk with someone now about your gambling. Or call toll-free 1-877-8-HOPE-NY.

Send us your feedback | Sponsorship Opportunities